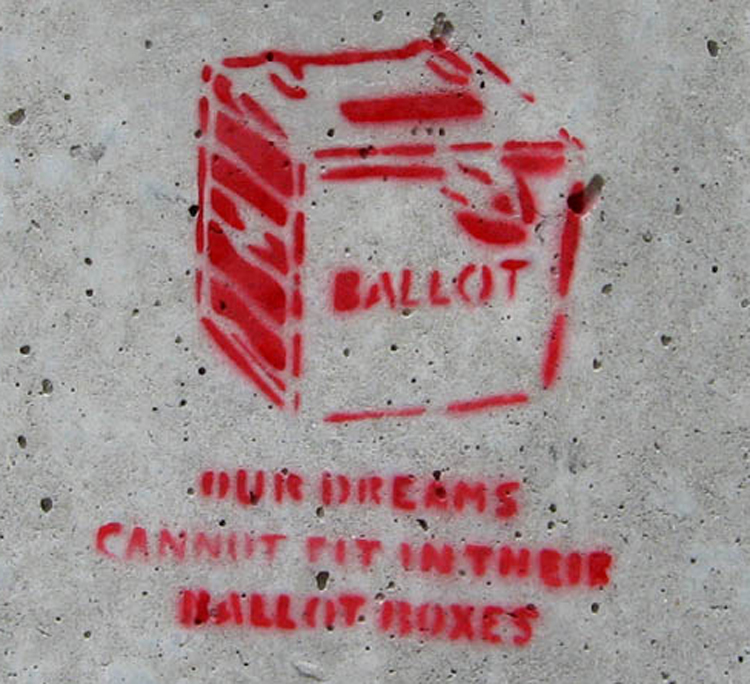 At the end of a year dominated by the politics of fear and division, a few bold individuals resolved to speak up for the values of solidarity and compassion. Here are the words of one of them: “Even with the inspiration of others, it’s understandable that we sometimes think the world’s problems are so big that we can do little to help. On our own, we cannot end wars or wipe out injustice, but the cumulative impact of thousands of small acts of goodness can be bigger than we imagine.”

In her Christmas Day message, Queen Elizabeth gave the gentlest of warnings about letting a sense of helplessness set in and calcify the social fabric. The sentiment was expressed more pointedly on the same day by a member of the same exclusive club, the Dutch king Willem-Alexander:“The extreme seems to have become the new normal. In their search for security, groups become entrenched in their own convictions. Open conversations often become impossible. Many of us have the sense that we live in a country where nobody listens.”

Historically democracy evolved to protect society from despotic monarchs wielding their power excessively. This year may well be remembered as the moment when that process turned on its head. While democracy delivered us Brexit and President Trump, unelected monarchs became the last hope for the values which elected leaders have been trampling all over. In September King Harold of Norway proclaimed his nation’s diversity in a short but fiery speech that resonated around the world: “Norwegians are enthusiastic young people – and wise old people. Norwegians are single, divorced, families with children, and old married couples. Norwegians are girls who love girls, boys who love boys, and girls and boys who love each other. Norwegians believe in God, Allah, the Universe and nothing … My greatest hope for Norway is that we will be able to take care of one another.” Contrast this with the splenetic outbursts of Trump, who has vowed to build walls with one country, denounced climate change as subterfuge on the part of another, proposed banning millions of Muslims from his borders and plans to weaken the authority of Nato. From Victor Orban in Hungary to Putin, Erdogan and Trump, the threat to democracy in modern times comes not from foreign despots, but from demagogues dismantling the system from within.

In their research on ‘democratic deconsolidation’, Yascha Mounk and Roberto Stefan Foa identify an alarming contrast between generations: among Americans born in the 1930s, 75% believe it is ‘essential’ to live in a democracy, but for those born in the 1980s, the figure is closer to 25%. Trust is eroding, not just in elected politicians, but in democracy itself. As society fragments, people’s confidence in the political order to secure their freedom, health and prosperity diminishes. They resent the system they are asked to participate in and make decisions that highlight its weakness. Trump won by dragging down expectations so low, and destroying any pretence of standing up for democratic values, that he became an impermeable, scandal-proof candidate, immune from the constraint of being held to account for his words.

Since the Renaissance it has been an article of faith that democratic decisions are better decisions. In 2016 we learned that this is a fragile illusion. The value of democracy is contingent on the goodwill of the electorate. Brexit was a democratic decision foisted on a government that had (and still has) little idea of how to carry it out, by a people who had little regard for the consequences. The Dutch prime minister, Mark Rutte, has spent most of the year dealing with the fall-out from a referendum in which voters demanded that he withdraw his signature from an accession treaty between the EU and Ukraine, without the faintest interest in the treaty’s aims or the effect of withdrawing on the Netherlands’ foreign relations. They simply wanted him to voice their disaffection with the world order.

In 2008 Barack Obama was elected president with a message of hope. He was by no means the first. But voters who have seen increasingly little material improvement in their lives have lost patience with politicians who have spent the last 40 years stripping themselves of power and endorsing the tyranny of the free market. America in 2016 is a land of lost hope, where the hopeless have taken revenge by electing the most hopeless leader imaginable. The hope is now invested, perversely, in popes and potentates. Queen Elizabeth’s call for “thousands of small acts of goodness” is a reminder that such acts are still possible and necessary in a fragmented society. And Willem-Alexander’s Christmas address included an appeal to people to resist the destructive forces of populist nostalgia: ‘This is how we want to live here, as free and equal people … As the world around us offers us less stability, we need to hold on to what we share and protect the things that unite us.’ When hereditary rulers have to defend the foundations of democracy against elected leaders, it a sign that democracy is in very serious trouble indeed.