“We cannot cope alone,” wrote George Monbiot in his essay on the age of loneliness, published in The Guardian two years ago. Human beings are social animals: we crave the support, approval and love of like-minded individuals. But society in the last 50 years has become steadily more atomised, with a relentless focus on individual success. The Olympics have been reduced to the singularity of winning – silver medallists cry tears of rage and act as if a close relative has died, just because one person out of thousands performed slightly better than them at an arbitrary task. We commiserate with losers rather than celebrate their contribution to the spectacle. There is no solidarity with, or appreciation for, a worthy adversary. And so it is in society: performance is paramount, failure is shameful and social status depends on meeting somebody else’s measure of success, rather than the intrinsic worth of your endeavours.

The greatest failure, the biggest shame of all, is to be lonely. Stress, depression, anxiety, burnout: all these are recognised conditions nowadays and good therapeutic treatments have emerged to help people cope with them. But loneliness? Get a grip. What do you want, a prescription to take down to Aldi so you can stock up on white wine and multipacks? Lonely people are losers, sad sacks, easy prey for spurious dating websites and cowboy builders, and they only have themselves to blame. Who can fail to have a social life in a world where we are constantly being nagged to connect? We can strike up friendships with strangers on the other side of the world, have Twitter chats with our favourite celebrities and find partners online (we can even vet their social media profiles before the first date). We follow our friends on their holidays, cheer their achievements on Facebook and read their blogs. And yet many of us are lonely – profoundly lonely. We don’t want to admit it, because we are under pressure to project idealised versions of ourselves. Social media amplifies this: we are on permanent display. We must be sharp, witty, insightful, passionate and provocative, keep pace with the latest news, surf the waves of outrage and wish everybody a happy birthday.

Often we don’t see loneliness because it is camouflaged in the jungle of self-promotion that is social media. Recently a young woman called Louise Delage exploded onto Instagram as she toured Europe’s party capitals, seemingly having the time of her life, leaving a trail of selfies emblazoned with happy hashtags in her wake. After two months, during which she had accumulated 16,000 followers, came the sting: ‘Louise’ had been created by an advertising agency for an addiction awareness campaign. Few of those who had been sucked into her lifestyle noticed that she had a drink in her hand in every shot, a tell-tale sign of alcoholism. But even when the secret was out, hardly anybody remarked on the other common thread running through the pictures: in the vast majority of them, as she cradles her half-empty glass, Louise is alone. 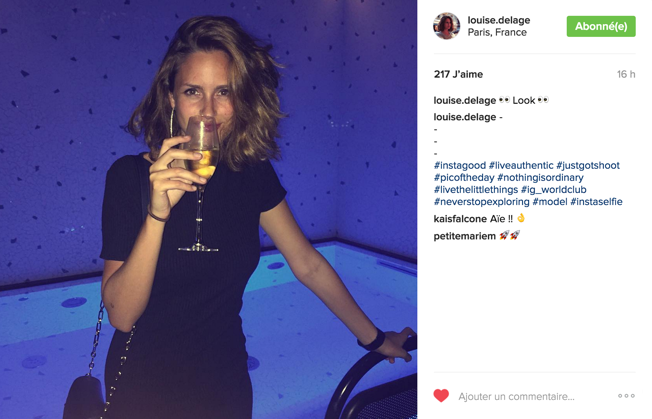 Since being widowed two years ago I have struggled to get out of the house. I am occupied with my two children from 7am until 10pm. I can’t commit to any kind of regular social activity, like joining a sports club, and dating is off-limits for both emotional and logistical reasons. If I massage my schedule I can squeeze in a Skype call with an old friend (being a recent immigrant makes it extra challenging). The theatre, the cinema, the concert hall, festivals, restaurants, even the shops (apart from the local supermarket) exist in a parallel dimension. There is occasional respite when the children’s grandparents come and look after them every few months. But it is hard to nourish and sustain friendships on such meagre rations of time, and impossible to strike up new ones, in a new country where I have a permanent deficit in terms of language, culture and social networks.

The depth of my social ostracism only hit home the other week when I went for lunch with a friend – not even a close friend, but somebody who’d been very generous with their time over the last two years, offered a listening ear and given some friendly advice. When I got home I was afflicted by a horrible sense of emptiness, a bitter mixture of anxiety, loss and regret. In the next few days I twice went out shopping without my wallet, locked myself out of the house and neglected to pack the mid-morning snack in one of my children’s school bags. Any of these incidents on its own I would have dismissed as a minor lapse of concentration, but taken together they were evidence of a looming crisis. I spent the week moping, exhausted and irritable. On looking back it dawned on me that that lunch date in mid-September was only the second time this year that I’d sat down to eat with another adult who wasn’t related to my children.

It was a shock to realise how hard I found it to be alone, because growing up as an only child taught me to appreciate my own company. My mother complimented me on my ability to entertain myself, which may not have been entirely altruistic. But there is a difference between solitude and loneliness. Being alone once in a while, in the context of a stimulating social life, can be refreshing and vital, an opportunity to step off the treadmill and let your mind breathe. A day spent alone at the end of a busy week is as relaxing as a glass of wine, and combining the two is possibly the best relief of all. But prolonged periods of isolation corrode the soul. I thought, having spent regular spells by myself, that I was immune to the disease of loneliness. In truth I have binged on solitude for too long, like the seasoned drinker who champions his ability to turn up to work the morning after a heavy session, year after year, only to be shocked in his mid-fifties to discover he has type 2 diabetes.

Loneliness is a dim fetid corridor that deafens you with the echo of your own footsteps. Profound loneliness feels like walking around inside a plastic bubble. The difficult times aren’t when you are away from people, but when you are among them and it feels as if life is going on around you but separate from you. Sometimes people come up close to the bubble; sometimes they even press their faces right into it and see you, but there is no real connection beyond the formal interactions of shop assistants requesting and receiving money, or neighbours stopping for a 30-second chat before heading off to a proper social engagement. Their fingers prod the bubble but they cannot step inside it and you see, but do not feel, their probing attempts at contact. And another potential connection fizzles and dies.

I know what you’re thinking: there are worse diseases out there than feeling a bit isolated. But loneliness is physically as well as mentally destructive. In a study that followed 2000 people aged over 50 conducted over six years, those who reported being lonely had a 14% higher risk of dying. That was twice the risk for obesity. The Lonely Society, a report by the Mental Health Foundation published in 2010, said the “individualistic society” was responsible both for increased loneliness and an increase in common mental health disorders such as depression and anxiety over the last 50 years. John Carpioccio, a social neuroscientist at the University of Chicago, has gathered scientific evidence of the physiological impact of loneliness: stress hormones, a weakened immune system and lower cardiovascular function, equivalent to the damage done by smoking.

The perniciousness of loneliness is a downward spiral. You don’t bother your friends with it because you don’t want to be bad company. You feel everybody else is doing OK: they’ve got their own worries to deal with and you just need to get over yourself. If you do raise the subject, most people offer superficial advice, such as taking up a new hobby, rather than getting into a situation that can be confusing, tiring and energy-sapping. And if you do find that rare person who understands, you are terrified of leaning on them too hard and alienating them. In the end you are left with nowhere to go but inwards, into the secret circle of hell, the cold cell in the hive, that is your own diminished company.

Whether loneliness is an epidemic is a matter for the experts. Certainly it is a pervasive condition. The permanent fog of anger on Twitter, notably, gives voice to a widely-felt sense of disappointment and disaffection. It is tied with low empathy – angry Tweeters scramble to judge anyone who makes a mistake or shows a personal weakness, and compete to see who can ascribe the most malicious motives to a simple misjudgment. They wallow in paranoia, feel quickly threatened and revel in the misfortunes of others. These are all characteristics of lonely people. But how do you fix people who are so entrenched in their unhappiness that they shun all efforts to help them?

There seems to be a tipping point with loneliness where it becomes a one-way plunge into the abyss. I have seen elderly relatives, weakened by grief, gradually withdraw from society in a ghastly pas-de-deux, as their social skills fade and those who were once close to them feel their compassion ebb and drift away. Somehow I have to keep on, for the sake of my children, and try not to think about what happens when they leave home. I don’t fear death so much as the emptiness in between. So I don’t want to succumb to loneliness or stay silent about it. I want to fight it the way other people fight cancer. I want my part in the drama of life to be acknowledged. I’ve always got by with a small social circle and thought I would be strong enough to manage on my own, but the past two years have forced me to accept that George Monbiot is right: we cannot cope alone. Without connections we wither.

10 thoughts on “Loneliness: the secret circle of hell”