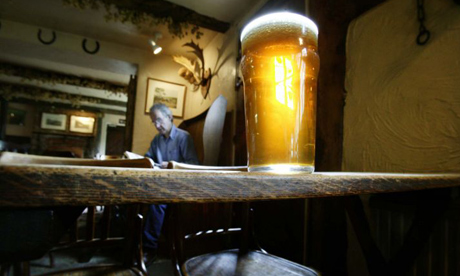 For the last 18 months I’ve been attending a group in my home town where writers, agents, publishers and anyone else with an interest in the book business meet, chat and have a few drinks. More often than not it goes like this: someone from the industry stands at the microphone and tells everyone that they can forget about getting published this year, and probably next year too. Then we all get drunk and talk about our novels. Imagine the Last Chance Saloon invaded by a doomsday cult and you’ll start to get an idea of the mood in the book trade right now.

There’s no question it’s an unsettling time to be a writer just now. Those lucky enough to be published are living in a climate of plunging advances, plummeting sales and publishers laid low by an epidemic of pessimism. The rest of us can only dream of these utopian conditions.

At the recent Edinburgh International Book Festival there was much wailing and gnashing of teeth over the fate of the printed word. In one corner, Ewan Morrison solemnly pronounced that books as we know them have but 25 years to live; in the other, a defiant Lloyd Shepherd insisted that the death of the book had been greatly exaggerated. Both their arguments are intelligent and detailed and backed up with a wealth of statistics on book sales. Yet to writers and readers there are only two real questions that matter: how can good writing flourish, and what do we actually want from our publishing industry?

Morrison’s fear is rooted in the concept of the ‘long tail’ – because the amount of printed material available is now so vast, and can be endlessly recycled on different formats, publishers are engaged in a ‘race to the bottom’ which will end with writers having to give their work away for nothing. Certainly one of the most daunting realities for any new writer is the breadth of the competition. The entry level for publication is now extremely low: self-publishing has never been easier or cheaper (I know, because even I’ve managed it) and the advent of paper-free options such as the Kindle reader has brought the threshold even lower. Sales figures are falling off a cliff and, as a result, royalties and advances are shrivelling up. Writing as a profession, warns Morrison, risks becoming extinct.

Yet all of this statistical soothsaying neglects what publishers actually do for a living. They don’t just churn out books from a treadmill. They select titles for publication, produce them and promote them. They do this because readers don’t have the time or inclination to do it themselves. They like to be guided. And in a climate where the amount of printed material available to the consumer is escalating, there is an argument that the publisher’s role as selector has never been more important than it is now.

What is changing, really, is not publishing, but bookselling. Publishers are having to diversify, in terms of what they produce and how they produce it. The idea that printed books are doomed seems far-fetched when you remember that the key time for book sales is the run-up to Christmas. Will people really take to wrapping Kindle files in virtual paper and e-mailing them to their relatives? Books are beautiful: they are artefacts, they furnish rooms, they look good on the train, they make ideal gifts. This will continue (if you don’t believe me, try to picture what your living-room would look like if you transferred your entire book collection to your Kindle). Books will survive for the same reason that radio is still popular in the age of high-definition 3D flatscreen televisions: low-tech doesn’t automatically mean inferior.

And the apocalyptic visions of writers being killed by free material are as misguided as the “home taping is killing music campaign”. Morrison warns that the slippery slope begins with people downloading ‘pirated’ classics. This overlooks two things: most classics have been available for free, entirely legally, through enterprises such as Project Gutenberg, for some years thanks to a thing known as copyright expiry which most people are familiar with. Despite this, printed copies of classic titles continue to sell – indeed, they continue to be reissued.

The experience of the Wu Ming Foundation, whose titles are free to download from their website under a ‘copyleft’ licence, has been that giving their work away has not hindered strong sales, and may even have helped them. And I would also cite the path to publication of my good friend Jon Pinnnock, a first-time novelist whose book began life as a free web serial and is now available to buy in WH Smith on good old-fashioned paper. Jon will be guesting on this blog next week to talk more about his experience, and a fascinating story it is too.

Publishing is changing, but it is far from dead: more likely it is regenerating. Publishers may have to cast their nets wider, or specialise in a crowded market. Writers will have to be more proactive to get themselves noticed, do more of their own promotion and work harder to stay in the spotlight. This raises a few questions: would writers such as Don DeLillo and Hilary Mantel, whose big-selling titles followed a string of more modest successes in sales terms, be tolerated today? And if writers spend more time marketing themselves, where will they find the time to do any actual writing?

More importantly, will we get better books as a result? This is the hardest question to answer. I’ve had arguments on the internet about whether thinning the field will weed out the dross, but writing, like any creative endeavour, doesn’t lend itself to such reductive logic. Some writers take a long time to come to fruition, such as DeLillo and Mantel; others produce brilliant work at the start of their careers which sustains some lacklustre books later on (I’d put Martin Amis and Irvine Welsh in this category). Whether or not you agree with these individual choices, the point is made. A smaller choice of published works is just that: smaller, not better. Publishers will continue to take a punt on untried authors and sustain mid-listers, because nobody knows where the next JK Rowling is going to come from (remember how children’s books used to be seen as a non-profit sector?). The question is whether fear or adventure will prevail in the long term.

Readers are gourmets: they want choice cuts, not the reheated ‘long tail’. And they want guidance from experts who possess knowledge, dedication and the trust of their audience. Publishers who cultivate these qualities, I predict, will thrive, for the simple reason that people are not about to give up reading good books.

2 thoughts on “If publishing’s in the Last Chance Saloon, I’m ordering lunch”